Sri Lanka is renowned for being a rich, traditional and a significant player in the modern gem industry. The country is one of the greatest gem sources and trading centers in the world. Over the last two decades Sri Lanka has developed a successful mine-to-market industry, with a mix of both traditional practices and modern technology the country contributes greatly for both import and export. 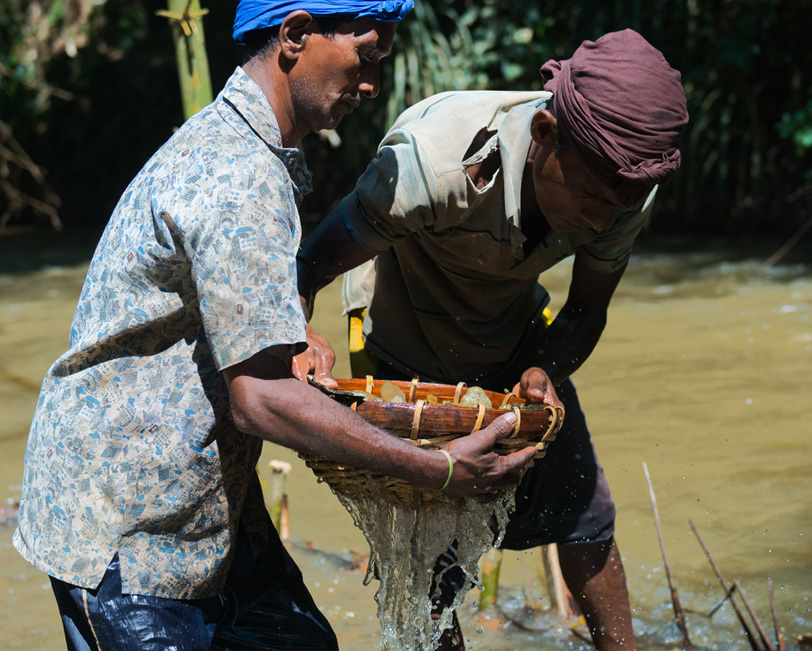 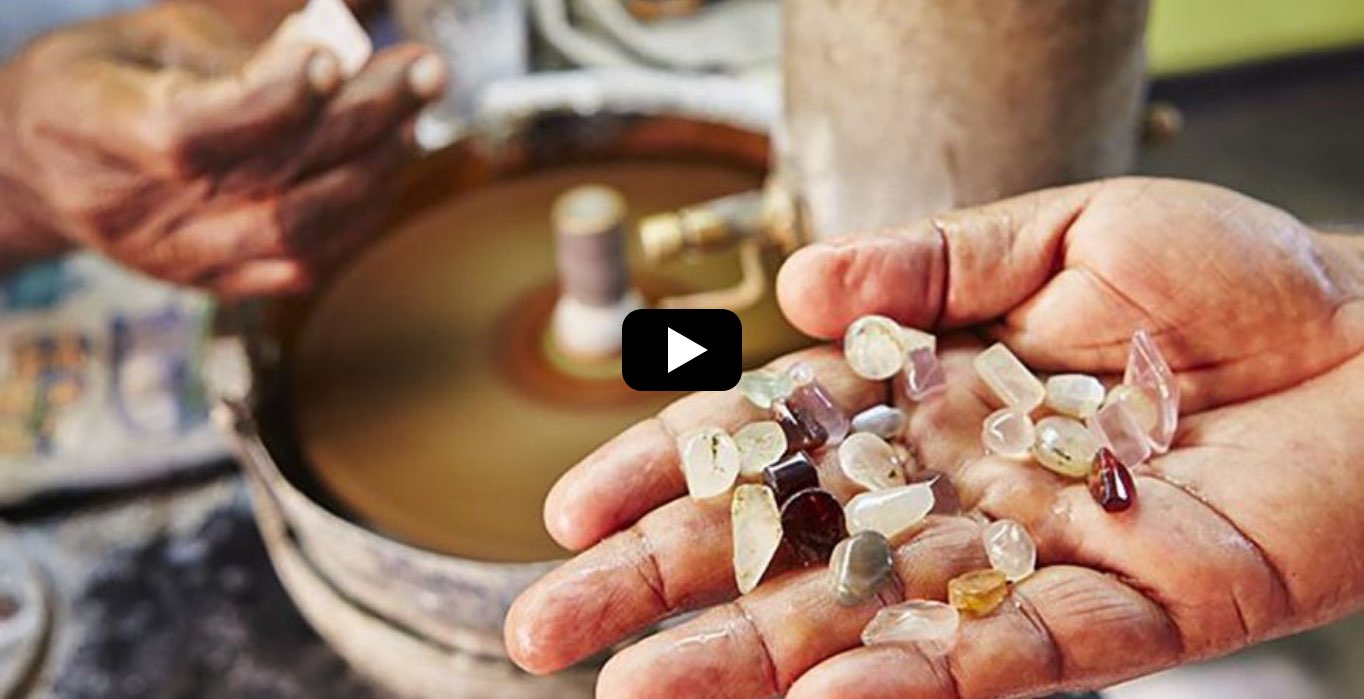 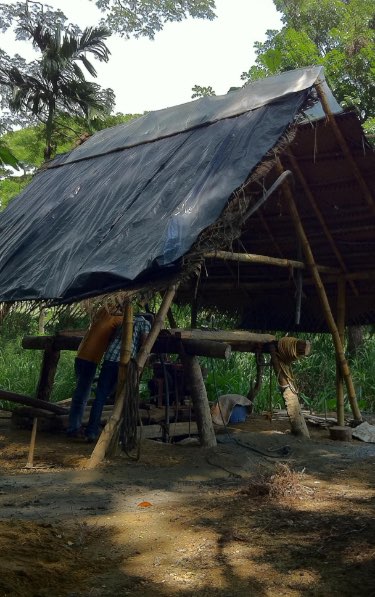 Tradition is the epitome of the Sri Lankan mining industry, primarily carried out using traditional methods and on a small scale; the island is a blessed land for producing valuable gemstones. The Sri Lankan mining industry consists of both pit and river mines, yielding some of the highest quality gravel in the world, from treasures such as Sapphires, Rubies, Padparachcha, Cat’s-eye, Chrysoberyls, Spinels, Garnets, Tourmalines, Topaz and Quartz among many more.

The rich gems found in the country hail from multiple mining belts across the island, each one producing a specialized selection of gem stones. The most popular coloured stones that the island produces come from the mining areas around Ratnapura, Balangoda and Elahera.

Referred to as “the city of gems” Ratnapura has produced some of the world’s most famous Sapphires. One of the most significant Sapphires from Sri Lanka includes the Cornflower Blue Sapphire that adorned Princess Diana’s engagement ring

The Sri Lankan mining industry is a firm believer in sustainable gemstone mining practices and in striking a balance between economics and the environmental impact of the industry. 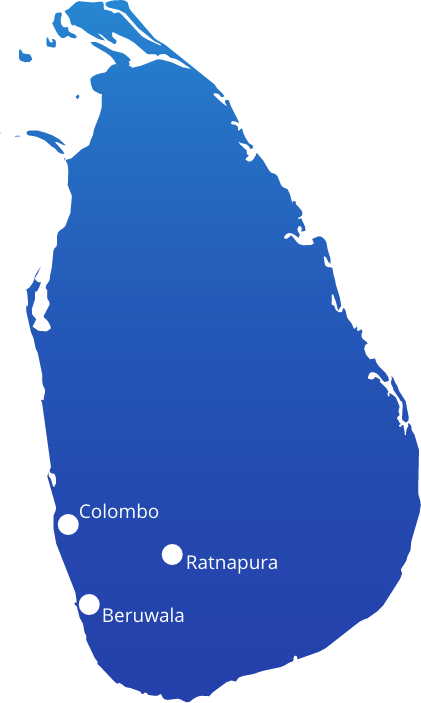 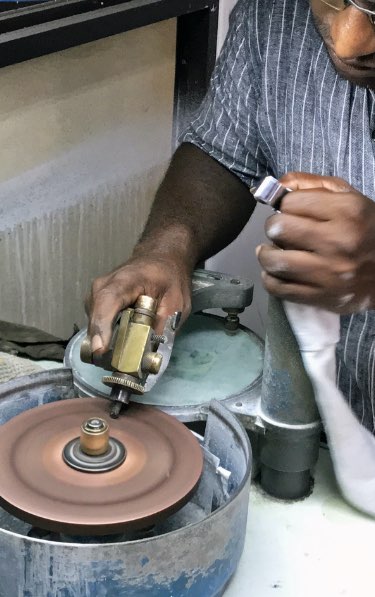 The importance of tradition filters through every aspect of the Sri Lankan gem industry including lapidary. For many years traditional cutters have used simple hand powered machines to produce some of the most beautiful gem cuts in the world. The beauty and value of these skillfully cut gemstones are truly remarkable.

With the spike in demand for cutting in Sri Lanka and technological development, lapidaries across the nation have adopted more sophisticated machinery to meet the various global demands in the international market. From producing precision gemstone calibration to providing the most yield for the rough gemstone; Sri Lanka has now become a one-stop shop for all of the needs of the global gemstone industry. Acting as an in-house production hub for its own gemstones as well as a service hub for service cutting of gemstones sent to Lapidarists from across the globe in light of our skilled and yet price competitive lapidary capabilities.

Increasing its production efficiency to meet global demands while still finding the right balance in using its human resources; Sri Lanka has ensured that the lapidary sector perfectly fits and maintains a chain of ‘sustainable and ethically sourced mine to market’ process. 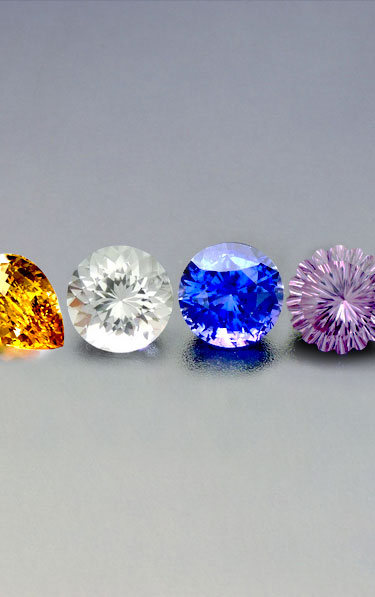 Sri Lanka is known the world over for its expert skill in Lapidary. The country’s gem cutting techniques are some of the best in the world and dates back many years. The Country’s traditional techniques in gem cutting and polishing creates an excellent initial orientation of the rough crystal for maximum face-up colour and weight retention. Re-cutting is another expert skill developed in Sri Lanka, where the techniques used have placed Sri Lanka high up in the global standards due to the ability to enhance proportions, symmetry, and brightness in every gemstone.

The industry is continuously developing to suit modern standards whilst maintaining its traditional techniques. Fine precision cutting to tight tolerances on modern lapidary equipment is being applied to calibrated goods that meet the strictest requirements, including those of the chronometer manufacturing. In order to expand the industry further, value addition through faceting, such as applying diamond proportions to sapphires has become a strong demand amongst local and international markets. With the introduction of value addition, the skill of enhancing the stone by giving it more lustre and brilliance has expanded demand further. Although the cost of production with value addition is often higher due to weight loss, value addition has become a vital part of exportation in Sri Lanka as the exportation of rough un-cut stones is prohibited. The Asscher princess, Royal Asscher, and the modified emerald cut are some of the most significant cutting methods used for Ceylon Sapphires and other gemstones. 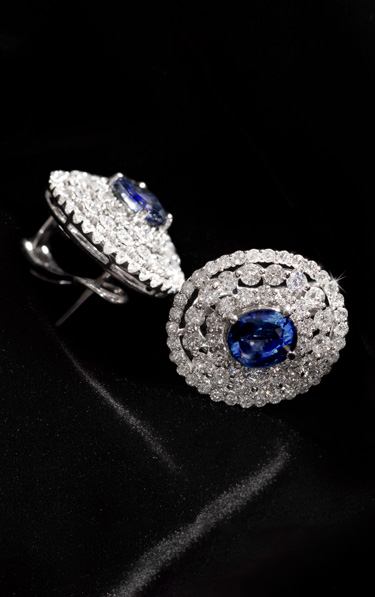 The Sri Lankan jewellery industry manufactures a variety of modern and traditional jewellery for local, tourist and export markets. With highly skilled craftsmanship and contemporary designs the industry manufactures jewellery for China, Japan, Germany, USA, UK, Singapore and Hong Kong. Silver, gold and white gold jewellery studded with the country’s most beautiful semi-precious and precious stones have gained immense popularity the world over. With the use of modern technology and fashionable designs, craftsmen are able to produce high quality jewellery in large quantities to cater to the demand of global markets.

Whist being a one-stop shop to source mesmerizing gemstones; Sri Lanka is famous for its ability to supply consumer-ready Jewellery for both retail and wholesale international Jewellery markets. With the introduction of modern manufacturing techniques and internationally accredited jewellery design courses aimed at the budding younger generation of designers, Sri Lanka has managed to make up for what it lacks in gold ore with capabilities of catering to a booming and fast-moving jewellery industry, through skilled and fresh designers, bespoke craftsmanship and competitive pricing. 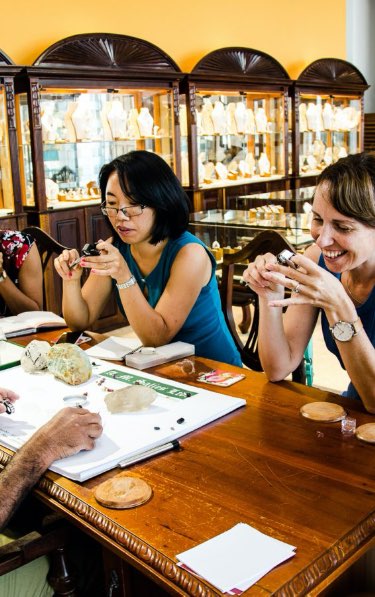 Sri Lanka has built its name as an international gem hub, creating a market for gemstones sourced both locally and internationally. With significant modifications made to the import and export regulations, the industry has opened up for dealers to purchase sapphires from around the world. These changes have ensured that Sri Lanka’s gem industry remains a key player on a global stage. A seamless export process has enabled the industry to attract foreign buyers to the country.

Sri Lanka has a number of gem markets and mine markets open to consumers. Dealers are able to frequent some of the country’s largest gem markets in Colombo and Beruwala, as well prominent mine markets in Ratnapura, Balangoda and Elahera. The local gem markets such as Ratnapura, Beruwala, Colombo, Blangoda, Elahera have for many years attracted international buyers and are hubs that ensure local gem trading. The facilitation of local trade through these hubs have enabled the fast movement of gems from mine to market, slashing lead times in supply chains within the export industry. The elaborate network held amongst gemstone traders and their communities radiate across the nation, giving Sri Lanka a competitive edge in terms of catering to the fast pace procurement process of international buyers.